The beauty world is awash with high skin care tech treatments, lotions, potions, and gadgets all promising to whip our stress-worn faces back into its former youthful shape all in the name of vanity.

This pursuit of beauty is no modern phenomenon since it all started when the Assyrians and eventually the Egyptians invented cosmetics. But while some of us are content to simply give a new face cream a try, plenty of others test out some seriously weird and whacky treatments.

Here are some of the more unusual and weird beauty treatments from all over the world that are still trending today.

Is your skin beginning to lose its firmness because of age? Perhaps all that is needed is a little sheep’s placenta that might help you tighten up your skin. At this stage, readers should get used to the fact that what comes out in this article are not typographical errors. You read it correctly: sheep’s placenta as a skin treatment. And celebrities like Victoria Beckham have experienced it and say that it was effective. Skin treatment spas in Hollywood, Los Angeles, and New York City are offering the sheep’s placenta treatment to those searching for a youthful look. Apparently, sheep placenta contains high levels of iron, proteins, amino acids, and enzymes that combat skin aging (but do take note that all mammal placentas have all these as well). During the sheep placenta treatment, all the usual steps of a facial are followed with the addition of a placenta mask.

This skin treatment is fast becoming popular in the whole of Asia and Europe, particularly in Southeast Asia where it started. Pedicures consist of a lot of scraping and filing of the soles of your feet, that is unless you’re getting a fish pedicure. With this treatment, your feet are just chewed on by tiny fish that enjoy the taste of dead skin. The fish is actually called a garra rufa fish, or a kind of “doctor fish.” In the wild, the tiny fish survive by sucking the dead scales off from other fish. In a spa, the fish survive by sucking and nibbling the dead skin off from the feet of the spa customers. The fish are kept in a large tank. When you request a fish pedicure, the fish are moved to an individual and sanitized tank. You then place your feet in the tank and the fish begin nibbling off your dead skin. Though the fish pedicure has not completely caught on in the United States, some are actually insisting that it has cured their foot ailments such as athlete’s foot and dry skin.

Massages are supposed to improve blood flow and aid in stress relief, but for those of you who do not like snakes, Israel’s latest snake skin massage probably will probably get your blood boiling or increase your stress levels even more. If you don’t mind the slithering reptiles, you can get a snake skin massage at the Carnivorous Plant Farm and Spa in Northern Israel. This skin massage was supposedly created by the court of the ancient King David when he ruled all of Israel. Just as you would any other massage, you lie face down on a massage table. From there, the massage therapist will cover your back with six or seven nonpoisonous snakes (do take note they are non-poisonous, but all snakes do bite if they are suddenly frightened). The medium sized reptiles will slither across your back and around your head and neck for the entirety of the skin massage. Those who have been brave enough to last the full length of the massage say that it helps with muscle tension and migraines. We kind of find that hard to believe.

Hay is for horses, or so we thought, and anyone who’s been a kid and played in hay knows just how itchy it can get later on. It can also be used as a luxurious skin treatment. In Italy, visitors of the Heuband Spa take part in hay skin baths, which are said to reduce rheumatic issues and revitalize the body. Since when did hay have medicinal value? The hay used in the skin treatments is filled with oils that grow naturally within the fields from which the hay is picked at precisely the right moment in the early morning or late evening. The use of hay for therapeutic treatment dates back to the 17th and 18th centuries when farmers used to sleep in the hay after a long day’s work. They noticed that despite their laborious work they felt rested and free from physical pain after a rest in the hay. The use of hay as a relaxant caught on and remains a treatment in Italy to this day. After the hay skin bath, spa customers are wrapped in a towel so that the oils can continue to penetrate the body.

In the former Czechoslovakia, now the Czech Republic, the Chodovar brewery has an exciting new skin beauty treatment called the dark beer bath. The carbonation in the beer is supposed to help drop blood pressure, and the hops and the yeast are said to calm many skin issues, like psoriasis, cellulite, and acne. It also claims to be anti-stress and this is quite believable given that aside from the beer skin bath you’re also given beer to drink. Yes, every beer bath comes with your own beer to drink, so you can be chilled from the inside and out as well. We’re betting that after reading this part you’re probably booking your next flight to Prague.

According to many customers, soaking in beer enriches the skin, cuts toxins and exfoliates. And not just in the Czech Republic but also all over Germany and Austria. Case in point, the Landhotel Moorhof in Franking, Austria, offers a beer facial and bath with hops, malt, honey and cream cheese. According to proprietor Hedwig Bauer, bathing in beer fights rheumatism, gout, poor circulation, eczema, kidney stones, heart attacks, strokes, and stress. We figure that the disappearance of stress might have more to do with the pints of Schnaitl’s offered along with the baths rather than the baths themselves.

Similar to this is the wine skin bath that is fast becoming popular in Japan. Bathing in the fermented grape juice is supposed to have a rejuvenating effect on the body similar to what beer can do. This we can all believe given the effect wine has on us when we’re only drinking it. This practice goes way, way back in times of antiquity, according to the Japanese. But the Egyptians also thought of this and in fact, it is recorded that Cleopatra loved this bizarre treatment. We can imagine you’re having a hard time to decide whether to book your flight to Tokyo or Prague.

If you don’t like even to look at slime-coated gastropods then you might want to skip this strange skin facial. The Labo Salon in Tokyo, Japan is now offering snail facials. Yes, you read that right: snails! A few snails are placed on your face and left to slither around for awhile, or for as long as you can stand it. When the gastropods have covered every inch of your face they are removed, leaving behind a thick coating of their slime (yes that’s right, slime, and this includes any waste they happened to spew out while crawling on your face). Apparently, their residue assists in removing old skin cells and moisturizes skin. Given how smooth and fair Japanese skin is, we find this hard to argue with.

Some people like a little black pepper on their food, but this skin treatment will have it rubbed all over their body. Customers to the Pho Tree Thai Spa in New York City can order a tingling black pepper body scrub at a very affordable price. The body scrub consists of an initial slathering of green tea moisturizer. Then black pepper is rubbed all over the body, creating a tingling effect. Finally, the body is covered in extracts of live silkworms. What does this strange mixture of spices and extracts do for the body? The black pepper gets the blood moving, making you sweat, which in turn detoxifies your body and helps you shed water weight. Well, don’t we all sweat when we eat spicy foods?

Well, there are facials made from plant extracts, then there’s that one with snails. Now, there are feces facials. Yes, feces, as in poop. But not just any poop, because it has to be bird poop. And not just any bird poop because it has to be special Nightingale poop to be exact. Manhattan’s Shizuka New York Day Spa was the first to advertise their latest, and probably most cringe worthy skin facial. It’s new to the United States but bird poop facials, in fact, come from ancient Japan. Geishas used powdered nightingale droppings to remove the white makeup that they wore on their faces. They found that the bird poop concoction not only cleaned their skin, it also left their skin brighter and smoother. The Shizuka Spa asserts that the bird droppings are sanitized and powdered under a UV light, which apparently makes putting feces on your face acceptable. The entire Geisha skin poop facial last 50 minutes.

Now, this is one health treatment that more than a few of you are bound to try having a taste for. It’s a skin treatment that is filled with chocolate. Soak in a whipped cocoa bath, have a warm chocolate fondue wrap, and partake in an edible dark chocolate face mask as part of your slightly pricey experience at the Hotel Hershey Spa in Hershey, Pennsylvania. Yes, that’s the name of the place where the skin spa is, and we kid you not. If you don’t really like chocolate, don’t worry because the spa also offers a Cuban Experience, which includes mojito sugar scrubs, seaweed soak, and even Cuban coffee wraps skin treatments. What are the purported benefits of chocolate? Beyond the yummy flavor and decadence aspect, it is high in antioxidants and has anti-inflammatory properties. Feasibly, it could help soften the skin. Beyond that, true health benefits have yet to be determined, though they do taste heavenly.

The Diet and Skin Treatment Soap

How would it feel if you can have a skin treatment that also helps you lose weight, so the claim says? Made from a mysterious “species of deep seaweed plants” the Aoqili diet soap is a skin treatment soap that keeps the skin smooth and healthy while apparently being credited for a 20 percent reduction in body fat. But, upon further inspection, all it contains is a fatty tissue of animals, fatty acid salts from coconut oil, seaweed powder, and aloe gel, not exactly the miracle product it purports to be. Besides the fact that it may seem creepy with the idea of rubbing animal tallow all over the body, we can only guess that unless you doing an intense shower work out while washing with this soap, it wouldn’t contribute to any amount of weight loss, though the ingredients could contribute to keeping the skin smooth and healthy. But what do you expect for a product that is made in China? 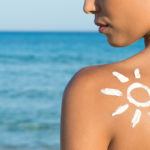 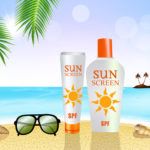 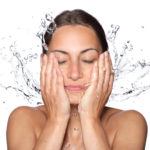 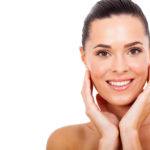 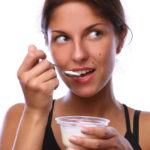 
This copyrighted material may not be republished without express permission. The information presented here is for general educational purposes only.

MATERIAL CONNECTION DISCLOSURE: You should assume that this website has an affiliate relationship and/or another material connection to the persons or businesses mentioned in or linked to from this page and may receive commissions from purchases you make on subsequent web sites. You should not rely solely on information contained in this email to evaluate the product or service being endorsed. Always exercise due diligence before purchasing any product or service. This website contains advertisements.